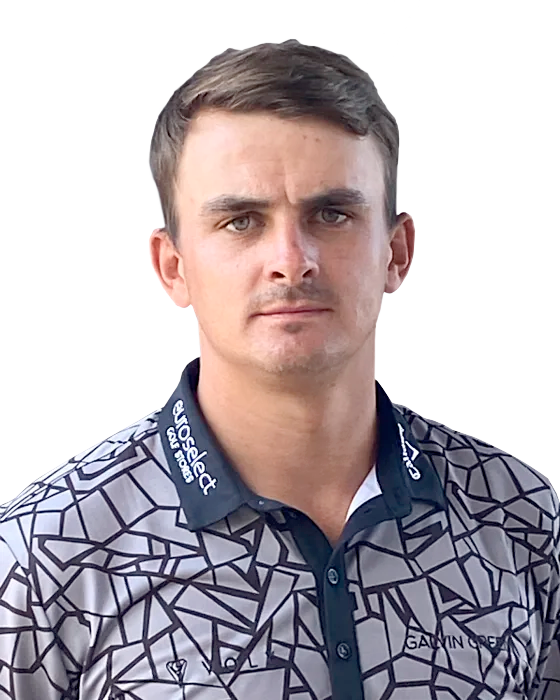 Christiaan Bezuidenhout or 'Bez' for short, is a multiple European Tour winner. He turned pro in 2015 before earning his full European Tour card in 2018. In 2020 he also started playing occasional events on the PGA Tour. Bez is a comfortable wind player and a player who is very capable when in contention.

As an amateur, he received a drug suspension after testing positive for beta blockers at the 2014 Amateur Championship. Bezuidenhout was using them for anxiety and a stutter after an accidental poisoning at the age of two. The suspension was originally for two years, but was later reduced to nine months.

Christiaan got engaged in January 2020.

December 2020
Led by five shots after 54 holes at the South African Open. Once again he demonstrated his ability to deal with pressure as he won by five shots.

November 2020
Overturned a three shot deficit going into the final round of the Alfred Dunhill Championship. Was closer than the final results suggested (he won by three). Christiaan was impressive down the stretch.

February 2020
Won the Dimension Data Pro-Am on the African tour by 1 shot after eagling the final hole. He began the round 2 shots ahead of George Coetzee and shot 67.

January 2020
Trailed Ashun Wu by 6 shots after 54 holes at the Dubai Desert Classic and shot a low round of the day 68 in blustery conditions to get in playoff with Lucas Herbert. He did however bogey the par 5 18th hole after finding the water with his easy 3rd shot so it really was a missed opportunity.

September 2019
Entered the final round of the BMW PGA Championship 3 shots behind Jon Rahm and Danny Willett and shot 68 to maintain 3rd place, 4 shots shy of Willett.

June 2019
Cruised to a 4 shot victory at the Andalucía Masters for his maiden European Tour title. Started the final round with a 5 shot lead and secured the victory with a closing 71.

June 2019
Led after 36 holes at the BMW International Open and shot 70-70 to finish in 3rd place 2 shots shy of winner Andrea Pavan.

Summary
Bez has been solid in contention for the most part, excluding a moment of madness on the 18th in Dubai. His wins showed great nerve and his final round average in contention is impressive. He gets a Golf Betting Club Pressure Performance Rating of 4 stars after posting three wins following his Dubai failure.

Stays Hot
Bez is a streaky player and can maintain form for a few weeks. In spring 2019 he had three Top 10's in four events and later in the year finished 3rd and won in two consecutive events. In 2020, he won in consecutive weeks. His wins at the Andalucía Masters, Dimension Data Pro-Am, Alfred Dunhill Championship and South African Open followed top 25 finishes in his previous start.

Major's
Bez played his first major in 2019, missing the cut at the Open Championship. He played all three majors in 2020 with a best finish of 38th at The Masters. He undoubtedly has the temperament to contend at majors further down the line, particularly following his wins in South Africa late 2020.

WGC's
Finished 17th in his first WGC at the 2019 WGC - HSBC Champions and followed that with a 29th place at WGC - Mexico Championship. 20th at the 2020 WGC - FedEx St. Jude Invitational. He is one to keep an eye out for at future WGC's.

​0-1. Lost his first European Tour playoff at the 2020 Dubai Desert Classic to Lucas Herbert who birdied the 2nd extra hole. Limited evidence to recommend a bet should Bez get in a playoff.

December 2020, Leopard Creek
"This tournament has been close to my heart since I played it for the first time. It's always been a tournament I wanted to win and to pull it off today is really, really special to me."