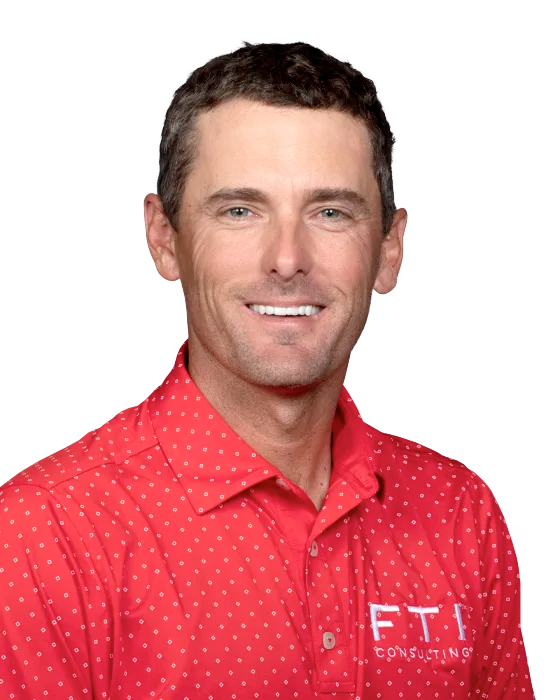 Charles Howell III went 20 straight PGA Tour seasons earning $1M or more. He and Phil Mickelson (24 straight) are the only players with streaks of 20+ years all-time. Although he only has 3 wins to his name, the accolades of a middling journeyman, he has over $40M Career earnings. Howell’s three victories have been spread out over 17 years; 2002 Michelob Championship, 2007 Nissan Open and 2019 RSM Classic. He has 16 career 2nd place finishes on the PGA Tour.

November 2018
Howell’s victory at RSM was impressive considering he had the outright lead after every round, including a 1 shot lead over Jason Gore and Cameron Champ after 54 holes. He played his first two holes in the final round in 3-over par but birdied three of his final four holes to force sudden death with Rodgers. Defeated Patrick Rodgers on the second playoff hole at The RSM Classic to earn his third career PGA TOUR win and first since the 2007 Genesis Open, a span of 11 years, 9 months and 333 starts.

July 2017
Quicken Loans National, where he started the final round 4 shots off the lead. He posted a 66 to reach a playoff with Kyle Stanley however lost out in sudden death. It was his 16th career runner up.

Summary
Although Howell has only won 3 times in over 20 years on tour, his most recent performances under pressure have been impressive and it appears he is more comfortable in contention now, certainly not in the ‘bottler’ category. Into his 40’s now, it is entirely possible that Howell makes up for the shortage of career wins with another victory or two this decade. His Golf Betting Club Pressure Performance Rating is set at 3 stars.

Favourite Tournament
Charles has an incredible record at the Sony Open. Look to keep him onside and avoid backing against him in matchbets or round betting.

Major's
Bizarrely, Charles has been playing major championships since 2001 and his only Top-10 is 10th at the 2003 PGA Championship. With that said, he only played three majors between 2013-2016. He is to be avoided in outright markets at majors.

2-4. Two out Howell’s 3 wins have come from playoff victories, most recently defeating Patrick Rodgers to win the 2019 RSM Classic. He won the second extra hole with a birdie. The other payoff victory came at the 2007 Nissan Open, defeating Phil Mickelson with a par on the 3rd extra hole.

In 2017 he lost a playoff to Kyle Stanley at the Quickens Loan National, to a par on the 1st extra hole. 2013 saw him lose a three man playoff with Brian Gay and David Lingmerth. Gay won with birdie at the 2nd extra hole. The other two defeats came in 2001 and 2003 to Mike Weir and Shigeki Maruyama.

With that record and his general win rate it would be recommended to back against Howell in a playoff rather in back him.

Golf Channel, 2020
“My son now is big into golf and he loves it, like me seeing golf through his eyes watching Justin in the playoff and rooting him on and all that kind of stuff, it's kind of reinvigorated my golf career a little bit. I still love the game and I still love practicing”

Sony Open, 2020
“I don't know why I've had a lot of success here. I wouldn't think the golf course would fit me a whole lot. I would prefer a longer, wider, bigger golf course, and I think you got the dead opposite here.”

Q. If you didn't have a record book to look at and someone asked you, what course do you think you've had your highest number of finishes on? Would you have said without looking Waialae or would it have been something else?
CHARLES HOWELL, III: No. Like what I thought it would've been? I thought it would've been like a bigger, longer golf course, more like a Quail Hollow, a place like that or Bay Hill. Memorial, much more of that venue than a venue such as this.

Tour Championship, 2019
“But the guys at the top, man, they're playing under quite a bit more pressure. Say what you want, when there's that amount of money on the line, it's definitely enough to make you think about it.”

John Deere Classic, 2019
“I really, really like the golf course. It's just wonderful.”

Players Championship, 2019
Q. Do you like it better this time of year with the grass that they have out there?
CHARLES HOWELL III: No, I'm a May guy, which I think I'm in the minority on that from the people I've talked to and listened to. But I was -- I've played it both. I played it a bunch in March and I played it in May, and I think the golf course in May, it gets firmer, it gets faster, you can have just enough of the Bermuda rough to catch jumpers and all that. But, yeah, I was a May guy, but like I said, I think I'm in the minority on that one.