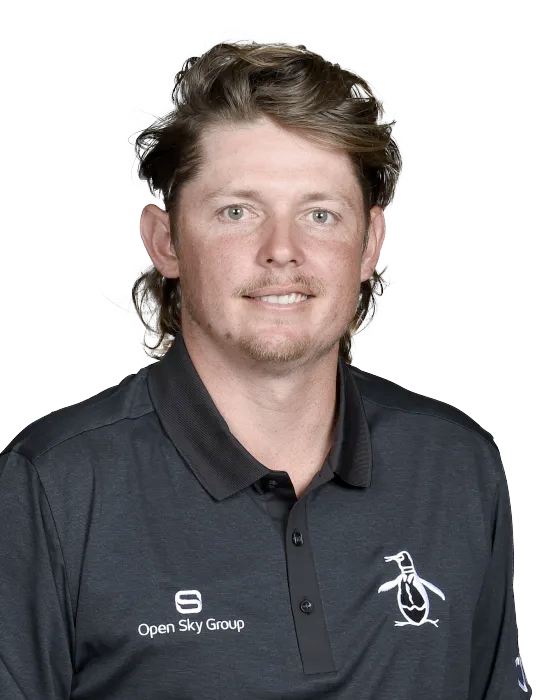 Cameron has been playing regularly on the PGA Tour since 2015 and steadily improved every year.  However, 2019 proved to be a disappointing year for Cameron as he lost his place inside the world's top 50.  He quickly rectified that on his first start in 2020 as he claimed the Sony Open.

Cameron has stated that he wasn't working hard enough and as 2019 drew to a close and 2020 began he put more effort in and began making swing changes which paid off with his win, “I wasn’t working hard enough, I wasn’t putting the time in,” Smith said. “But over the last few months, the whole team around me put the time in to get the result.”

That effort was rewarded with a 2nd place finish at The Masters in November 2020.

Cameron had a public spat with Patrick Reed over an incident in late 2019 where Reed was accused of cheating.  Smith was warned by the PGA Tour for calling Reed a cheat.

February 2021
Took a two shot lead after 4 holes of round 3 of the WGC Workday Championship. Played the next 14 holes in +7 to drop out of contention completely, a really sloppy performance when leading.

November 2020
Trailed Dustin Johnson by four shots entering the final round at The Masters.  Couldn't overturn the deficit but did perform admirably to claim 2nd place.

January 2020
Defeated Brendan Steele in a playoff to win the Sony Open in Hawaii, earning his second career PGA TOUR victory and first since the 2017 Zurich Classic of New Orleans (with Jonas Blixt). Made a birdie-4 on the 72nd hole to force the playoff and won with a par on the first extra hole (par-4 10th). Began the final round in second place and three strokes behind Steele.

December 2018
Won from the front after converting a 3 shot lead in the Australian PGA Championship.

December 2017
Cameron's first win at the Australian PGA came after he entered the final round 3 shots behind.

Stays Hot
Each of Cameron's three solo wins have come after he recorded a top-10 finish in his previous event.  He also has multiple examples throughout his career of getting on a hot streak so he's a golfer to keep onside when he's posted a high finish the week before.

Wind Expert
Best finishes at Australian PGA and Sony Open where the wind tends to blow.

Favourite Tournament
Cameron particularly likes the CJ Cup at Nine Bridges, where he has recorded three consecutive top-10 finishes from 2017 (not including 2020 where played in the USA).

Avoid When Playing Here
Cameron has a terrible record at The Memorial tournament.  In five starts he has missed the cut three times and recorded 65th and 68th place finishes.  His record at The Players Championship isn't much better with two missed cuts and a 56th place finish between 2019-2016.

Cameron also has a 4th place finish at the US Open.  Whilst the other majors probably suit his game more, if he is in form prior to future US Opens he'll be a threat.

He has also posted top 25 finishes in the US PGA Championship and The Open Championship.  He's a player who is definitely capable of winning a Major, should the right course suit his game.

Cameron won his most recent playoff at the 2020 Sony Open against Brendan Steele when Steele made a mess of the 1st playoff hole and Cameron needed only a par to win.  He also recorded a playoff win at the 2017 Australian PGA Championship.  Cameron also won a playoff when partnering Jonas Blixt at the Zurich Classic of New Orleans in 2017.  Prior to that Cameron lost the first playoff he was involved in when beaten by Jordan Spieth at the 2016 Australian Open.

2020 Sony Open
Q. Is it too much to sort of say that this sort of grinding out win that's coming back from what you did is quintessentially Australian, that fighting spirit that people are showing back there now?
CAMERON SMITH: Yeah, I think so. I've always been quite good at not giving up. I've never felt the need to kind of mentally check out in any way. Like you were saying before, I started bogey, triple bogey, and then finished that day even par and progressed from there. So, yeah, I mean, it was a big fight all week basically.

Q. When you were battling with Brendan all day, and especially get in the playoff, did the Presidents Cup experience come into play there?
CAMERON SMITH: Yeah, I think so. Like I was saying before, I think, yeah, just having to make the putts, feeling like something else is on the line, I think I drew a little bit from the Presidents Cup.

I mean, I felt as though I played some of my best golf that week, and with such little time between these events I think that's kind of rolled over definitely into this week. I just feel like I've got -- I'm not necessarily hitting it super duper, but getting the ball around and scoring really nicely.

Q. Kind of talk about your thought process standing over the putt on 18.
CAMERON SMITH: Well, I knew I had to hole it. It was just probably half cup outside left, and I putted really well all week. Given the conditions, windy conditions, it does get tricky to putt those shorter putts.

But, yeah, I felt as though standing over the putt I kind of already holed it in my mind, if you know what I mean. It was already in, so I just stepped over like I would any other putt, and just try and hit the ball where I thought it needed to start.