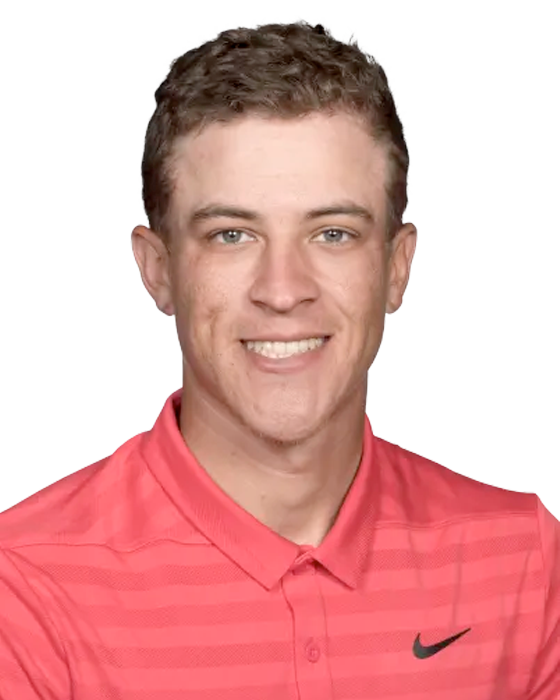 Cameron is a two time PGA Tour winner, becoming only the 21st player to win twice within their first 33 starts on the PGA Tour.  Having turned pro in 2017, he also has one Korn Ferry Tour win to his name so he definitely knows how to win.  Cameron is best known for his enormous hitting and with this in mind it's no surprise he looks to Dustin Johnson for inspiration as to how to refine his wedge game and become a better player.

Cameron's win at 2019 Safeway Open was inspired by his grandfather, Mack, who was in hospice care due to cancer.

Cameron suffered from injuries and loss of form in the early to mid part of 2019, failing to record a single top-10 until his win in late September.  He was quoted in September 2019 as saying he approached the end of the 2019 season with a "maturity factor" and this certainly brought a more consistent approach to Cameron's game.

Cameron lost his grandfather, Mack, in October 2019 which was a big loss to Cameron given "Mackie kind of holds the whole thing together."

August 2020
Began the final round of the PGA Championship 1 shot behind Dustin Johnson and shot 70 to finish in 10th place, 5 shots off the winner Collin Morikawa who shot 64.

November 2018
Cameron was one shot back in second place going into the final round at The RSM Classic.  Shot a 69 (joint 2nd worst score in the top 50) to slip back to 6th.

October 2018
Led from start to finish at the Sanderson Farms Championship.  He birdied 5 of the last 6 holes to win by 4 shots in a convincing display.

July 2018
Trailed by one shot at the Utah Championship but fired a 68 to take the title by a shot.

Summary
Cameron has an excellent in contention record and other than a poor day at the RSM Classic in 2018, he is one to rely on.  His Golf Betting Club Pressure Performance Rating is set at 4 stars.

Stays hot
All his wins have followed a top-30 finish in his previous start so if he finds form he's one to watch.

Time of the year
Both of Cameron's PGA Tour wins have come in the Autumn months and he has a further four top 10 finishes in those months, so he's one to keep an eye on towards the end of 2021.

Major's
Cameron has limited Major experience to date but with his length the US PGA will be his best chance at Major glory given the importance driving distance has had in recent years. Finished 10th at PGA Championship in 2020 and also 19th at Masters Debut at Augusta. He is preferred at these two events rather than a US Open which demands accuracy.

WGC's
25th at WGC - FedEx St. Jude Invitational in 2020. Expect Cameron to contend at WGC in the near future.

Cameron has yet to be in a playoff.

CAMERON CHAMP: Obviously I drive it very well. Me, it's just more consistently with the iron play, and about 160 yards in, so that's mainly where I have a lot of my iron shots. I've slowly started to see the improvements of those.

Again, short game and scrambling was what I really struggled with last year, and I've really improved in that area. Again, I think it's just all aspects of my game I've seen -- starting to see slow improvements, which is good.
Again, those are just the keys I'm going to be focusing on even the next year".