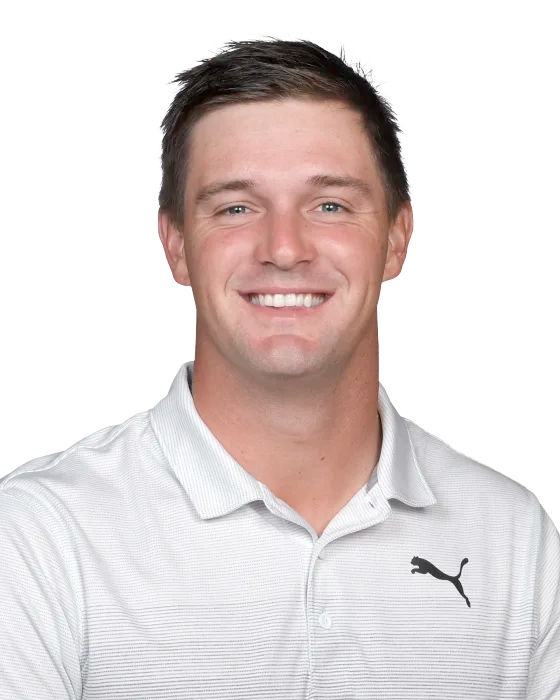 Bryson turned pro in 2016 and has became somewhat infamous for his unique style. Nicknamed "The Scientist," he does not conform to the conventional approaches taken by other professional golfers. His irons and wedges are the same length rather then the standard variation for different lofts to allow him to practice a one plane golf swing and take out the adjustment required when changing club. His putting style is different from other golfers, deploying an arm lock style, a detailed green reading process and being the chief proponent of putting with the flag in. Bryson doesn't even dress like other pro golfers, preferring a distinctive flat cap to the regular caps worn by almost every other pro.

His over analytical style has meant that Bryson has been heavily criticised for his slow play and got into a Twitter spat with Eddie Pepperell in 2019.

Bryson emerged from the break for Coronavirus having bulked up in the gym and hitting the ball further than ever seen before (he averaged 350 yards for his win at the Rocket Mortgage Classic in 2020). Bryson has identified distance off the tee as key to his future success and it didn't take long for this strategy to pay off as he won the 2020 US Open at Winged Foot. He followed it with a win at The Arnold Palmer Invitational in early 2021.

He's a player who is always looking to find an edge and he underwent a significant body transformation prior to the start of the 2020 season to try and add more power to his game. The time in the gym obviously worked as Bryson ranked 1st in Driving Distance (he was 34th in 2019) and SG: Off The Tee for the 19-20 PGA Tour season.  He's basically a different player now so remember that when looking at past results.

Bryson got involved in a social media spat with Brooks Koepka in 2021 which appeared to hurt his results. They seem over it now which could mean a strong 2022 for Bryson.

Summary
Only twice in his career has he failed to convert a 54 hole lead (including joint leads).  His Golf Betting Club Pressure Performance Rating is set to ⭐⭐⭐​⭐ despite his recent blips in contention.  However, we may well see his rating decrease if we see more Sunday meltdown's.

August 2021
✅ Bryson co-led the BMW Championship with Patrick Cantlay. He shot 66 and lost in the playoff but it was a fine effort.

August 2021
❌ Bryson was 2 shots behind (2nd) going into the final round of the WGC FedEx.  Recorded a score of -2 on the front nine hole and collapsed on the back nine, shooting +6 for his final 6 holes.  Bryson was clearly bothered by the crowd heckling him with shouts of "Brooksy" and having been on the clock by referees.

June 2021
❌ Began the final round of the US Open 2 shots behind the leaders. Shot 77 to finish in 26th place after exploding on the back nine. Very poor performance.

March 2021
❌ Went into the final round of The Players Championship two strokes behind Lee Westwood.  Put in a scrappy final round performance, the low point of which was a double bogey at the 6th caused by a topped tee shot into water.  Finished 3rd but another poor performance.

March 2021
✅ Began the final round of the Arnold Palmer Invitational 1 shot behind Lee Westwood. Shot 71 in tough conditions to win by 1 shot including two pars on the tough 17th and 18th.

October 2020
❌ Led the Shriners Hospitals for Children Open after round 1 by a single shot. Was one shot back after two rounds before another poor Saturday set him back. Finished 8th.

September 2020
✅ Began the final round of the US Open 2 shots behind Matt Wolff and shot a brilliant 67 to win by 6 shots. A dominant performance to win his first Major.

August 2020
✅ Began the final round of the PGA Championship 3 shots behind Dustin Johnson and shot 66 to finish in 4th place, 3 shots off the winner Collin Morikawa.

July 2020
✅ Entered the final round of the Rocket Mortgage Classic 3 shots behind Matthew Wolff after rounds of 66-66-67. Shot a 65 - his lowest round of the week to win by 3 shots after Matthew Wolff went backwards on the front 9. Impressive performance, however did have one stumble, bogeying the par 5 14th to let Wolff back in briefly.

​June 2020
✅ Bryson entered the final round at the Charles Schwab Challenge 3 shots back. Shot an impressive 66 to miss out on a playoff by one shot.

February 2020
✅ Held the 36 hole lead and was then 3 shots back going into the final round at the WGC Mexico. Shot an excellent 65 but lost out by 1 to Patrick Reed.

July 2019
✅ He eagled the last to shoot 66 in the final round of the 3M Open and was only pipped by Matthew Wolff matching his eagle from long distance at the last hole!

January 2019
✅ Led by a shot after 54 holes at the Dubai Desert Classic. Won in style shooting a final round 64 to win by 7 shots!

November 2018
✅ Led by a shot at The Shriners Hospitals for Children Open and shot a 66 to maintain his 1 shot cushion.

September 2018
✅ Entered the final round one shot off the lead at the Dell Technologies Championship and shot a 67 to win by 2 shots.

August 2018
✅ Bryson led by 4 shots after 3 rounds and ended up winning by 4 shots at the Northern Trust Open.

July 2018
❌At the Porsche European Open he was leading by 1 shot with 4 holes to play in the final round. Trading at under 1.25 on Betfair, Bryson put his 2nd shot in the water on 15, his tee shot on 16 in the trees and then proceeded to put it in the water twice on the 18th!

Avoid when playing here
If Bryson plays the 2022 Abu Dhabi Championship he's one to bet against having missed the cut twice and finished 54th in his only three appearances there. In general he's one to avoid on his opening start of a calendar year. In his five full seasons as a pro he's recorded 4 finishes that have been distinctly average (two MC's and two lower half finishes) and only managed one top 10 (2019 Sentry Tournament of Champions).

Likes a birdie fest
Bryson is generally better when scoring is lower and plenty of birdies are being made. He showed this again at the 2020 Rocket Mortgage Classic and 2021 BMW Championship.

Events to back Bryson

The US Open
Bryson won the 2020 US Open bombing it off the tee. His length and strength meant he was at a significant advantage when the ball did go in the rough and even led to calls to Bryson-proof future US Opens. US Opens demand a good strategy and if anyone can strategise their way round a golf course it is Bryson. He'll continue to do well at US Opens in future years.

1-0. Bryson defeated Kyle Stanley and Byeong Hun An at the 2018 Memorial by making birdie at the second playoff hole.

Q. Was there anything about your game plan you'll have to change for the Masters going forward?
BRYSON DECHAMBEAU: Yeah, we're going to try and work on a golf ball that will fit it a little better with my wedges. My wedges are still‑‑ this week I'd hit wedges in, on 1 I hit one and it spun 30 feet back and off the green. I can't hit anything less than what I did. It was a 110‑yard shot and I took it back halfway and through and went through and it spun back 30 feet.
I've got to work on some ball stuff. I've gone through the whole club scenario. That's as much as I can do there. So hopefully we can come up with a ball that will do some more things that will be helpful..