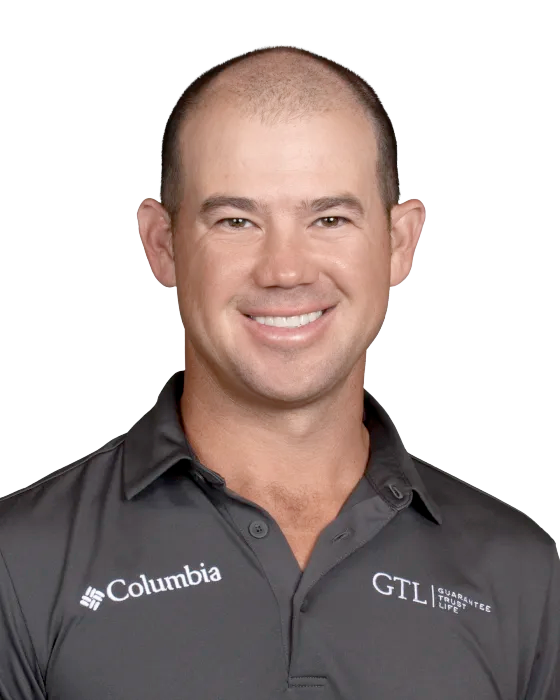 Brian is a former world amateur number 1 who has been as low as number 20 in the Official World Golf Rankings. However, he began the 2020 season outside the worlds top 100 after 2019 proved to be an inconsistent year (he missed 13 cuts in 30 starts). Brian won the Wells Fargo Championship and came runner up at the US Open in 2017, the same year he turned 30. Brian has stated however that left him feeling tired and that led to a poor run of form.

Brian has a reputation as a tenacious competitor and plays better when trying to prove a point. Indeed, his fellow PGA Tour pro and former college teammate, Harris English has said “You don’t want to give him an extra reason to get mad because he usually plays better.” This was the case when Brian broke through for his first win at the 2014 John Deere Classic, several weeks after he let slip a good chance to win at the FedEx St. Jude Classic.

Brian came close to losing his tour card in 2019, which caused him "crippling anxiety." After a particularly bad third round at the 3M Open, Brian is quoted as saying, “I made the choice that day that whatever happened, I was going to act like I had been there before. It let me know that I really did need to change the way I was thinking about things and not get so bogged down.” Unfortunately, Brian still appears to be plagued by that anxiety as he finished the 2020 calendar year without a top 10 finish, the first time this has happened in his career.

January 2021
Began the final round of the American Express 4 shots behind Si Woo Kim. Shot 71 to finish 9 behind Kim. A poor performance.

October 2020
Began the final round of the Shriners Hospitals for Children Open two shots back. Shot the 2nd worst score (72) of anyone in the top 30 to slip to 13th.

January 2018
Brian was one shot behind going into the final round at The Sony Open but shot a 70 (2nd worst score of anyone in top 35) to lose out by 2.

January 2018
Began the final round at the Sentry Tournament of Champions two shots behind Dustin Johnson. Sot a 72 (2nd worst score of anyone in the top 20) to finish 3rd.

June 2017
Held the solo 3rd round lead at the US Open. Shot a respectable 72 to lose out to Brooks Koepka.

Summary
Brian has a poor in contention record and even when leading at 36 holes he has struggled to convert (0 from three 36 hole leads). His Golf Betting Club Pressure Performance Rating is set at 1 star.

Goes best when fresh
Brian goes very well after a break. Since 2016, his best finish in any given year has come after at least a two week break.

Major's
Brian's best performance in a Major has undoubtedly been runner up at the 2017 US Open. If Brian is ever to contend in a Major again it will likely be a US Open again given his accurate hitting and lack of length off the tee.

He has a particularly poor record at The Open Championship, having missed his last four cuts there. He's only once broken 70 from 12 rounds.

WGC's
5th at 2018 WGC - Mexico Championship. Not played any since but should be considered to go well here again.
Playoff Record

Brian has yet to be in a playoff.

​Heritage, 2020
Q. Anything you would like to work on going forward?
BRIAN HARMAN: Just a little bit more consistency with my putting, and there's a couple kind of mental lapses over the week that I wish I could go back and do over.