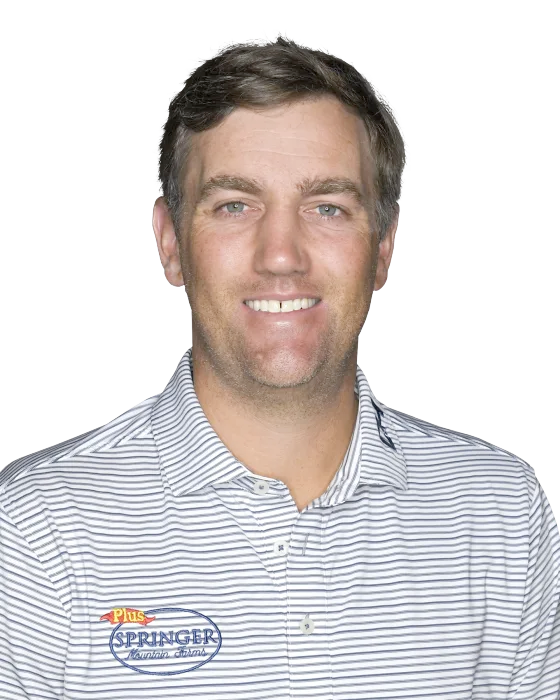 Brendon is a three time winner on the PGA Tour, with two of this wins coming back-to-back in November 2019 at The Bermuda Championship and The Mayakoba Golf Classic. He very nearly became the first player in PGA Tour history to win three consecutive events, finishing 4th at the RSM Classic the following week. His only other victory before that came at the 2014 Byron Nelson Championship.

Before his remarkable double win in November 2019, Todd flitted between The Nationwide Tour and PGA Tour. Turning pro in 2007, he won his first Korn Ferry Tour event in 2008 but largely struggled in between tours up until 2013 where he gained his second Korn Ferry Tour win at the Stadion Classic.

A second spell on the PGATour in 2014 proved much more successful, finishing the year with seven top tens and a win which placed him 27th in the FedExCup standings. He backed that up with a steady 2015, with 10 Top-25 finishes in 24 starts.

However, the wheels came off in 2016 - he missed 24 out of 25 cuts, then missed 8 out of 9 cuts in 2017. By the end of 2018, he had tumbled to 2043rd in the world rankings. He was planning on retiring after the season and going into restaurant franchise ownership. "It was basically the ball-striking yips," Todd told Golf Channel in June 2019. All the more remarkable that he had climbed back to 72nd in the world by the end of 2019.

Much of the comeback is due to reaching out to a swing coach called Bradley Hughes in the summer of July 2018, which led to fixing what Brendon had called “the yips” in his swing. This gave him the confidence to start making cuts and it grew from there. Hughes describes the journey on his website and it is a fascinating read.

August 2020
Began the final round of the WGC - FedEx St. Jude Invitational with a 1 shot lead. Shot 75 to finish 15th place, with his score on the day 10 shots worse than winner Justin Thomas. Once again his game struggled in every department on Sunday.

June 2020
Led the Travelers championship after three rounds by 2 shots over Dustin Johnson following a Saturday 61. Shot 75 whilst DJ shot 67 to finish 6 shots back in 11th place. Looked steady over first 3 days (only missing one fairway) but his game completely fell to pieces on the back 9 on Sunday, including a treble bogey 7 on hole number 12.

November 2019
Going for an unprecedented three wins in consecutive weeks at the RSM Classic he held the 54 hold lead before a disappointing 72 to finish in 4th place 3 shots back of the winner. This could be attributed to burn out and the fact he was chasing a record breaking 3rd consecutive PGA Tour title.

November 2019
Brendon won back to back, taking the Mayakoba Golf Classic by one shot, after taking a 1 shot lead into the final round.

November 2019
He returned to the winner’s circle by shooting a final round 62 to win the Bermuda Championship in 2019 by 4 shots. In this event he held a share of the 36 hole lead, giving him a 2/2 record of converting when leading at the halfway point. However, he was two shots behind going into the final round.

May 2014
Brendon’s first ever PGA Tour win at the Byron Nelson Classic came after sole possession of the lead after R2 and shared with the lead after R3. He shot a bogey free 66 to win by two shots, on what was the first time he had ever led following a PGA Tour round.

Summary
Todd won twice at the back in end of 2019 however they were both in lower class fields. Since then he has thrown three 54 hole leads away at WGC, RSM and Travelers. It must be noted his performance has been significantly worse when competing with the world's best on Sunday as opposed to players of lower standard. Golf Betting Club Pressure Performance Rating is set to 3 stars for now.

Stays hot
As mentioned in the profile section, Brendon showed a burst of form at the back end of 2019 that not many players are capable of with two wins and a top 5 in three consecutive events. This shows that Brendon is capable of maintaining form when hot, so keep an eye out for him when he’s playing well.

Unpredictable
He very much appears to rely on confidence, as when he misses a cut he usually does so in bursts of 3 or 4 events at a time. With that said, his win in 2014 at The Byron Nelson Classic came after a missed cut the week before. Once again after this win, he followed with two top ten finishes so don’t be afraid to back him the week after a win if the course suits.

Loves a birdie fest
Brendon’s wins in 2019 were won with scores of 24 and 20 under par, and his first win on the Korn Ferry Tour was won with 22 under par. He is well suited to birdie fests and can post some extremely low numbers so keep an eye out for him in events which require low winning scores.

Major's
He has shown a liking for links golf with 12th and 39th place finishes at The Open. There is further evidence he likes playing in the wind from the Valero Texas Open in 2014 where his 68 on Sunday was the low round of the day, with wind gusting to nearly 30 mph.

He has also recorded a 17th and 23rd place finish at the US Open. Finished 17th at 2020 PGA Championship.

WGC's
Prior to 2020, Brendon has never recorded a Top-20 finish at a WGC event however he led the WGC FedEx St. Jude Invitational after 54 holes in 2020 so he can contend. It must be noted he did feel the pressure and fall to 15th place.

Todd has never been in playoff.

Travelers Championship, 2020
Q. How comfortable have you felt all year even before the shutdown and even now? How have you felt with your game?
BRENDON TODD: I've felt pretty good, especially as I've played weeks in a row. It seems like since the fall, whenever I get a two- or three-week stretch in a row, I tend to be playing better by the end of it. That's just something I'm using to my advantage now after missing two cuts; I'm peaking in the third week and hopefully I can get it done tomorrow.

Arnold Palmer Invitational, 2020
“I'm coming in here with confidence. Just I'm such a better player than I was in 2016, obviously, and feel like even 2012 when I played. So I just feel like my game's in a good spot and if I'm hitting the ball solid I can play anywhere, even at this place, and not just long and challenging for me.”

Byron Nelson Classic, 2014
Q. Talking to you before the round you seemed a touch nervous yet you were able to put that into positive energy with a bogey‑free 66. How did you do that?
“Incredible short game, saved me time and time again with the haul out on 2 and the up and down on 3 and the left hand shot on 13. It was an amazing day.”

Q. So did you look at any leaderboards coming down the final round?
“I never looked at the leaderboard. I asked my caddy off 17 tee where I stood. He told me 2 up. If we just tried to confirm that walking up the 18th green before I putted.”