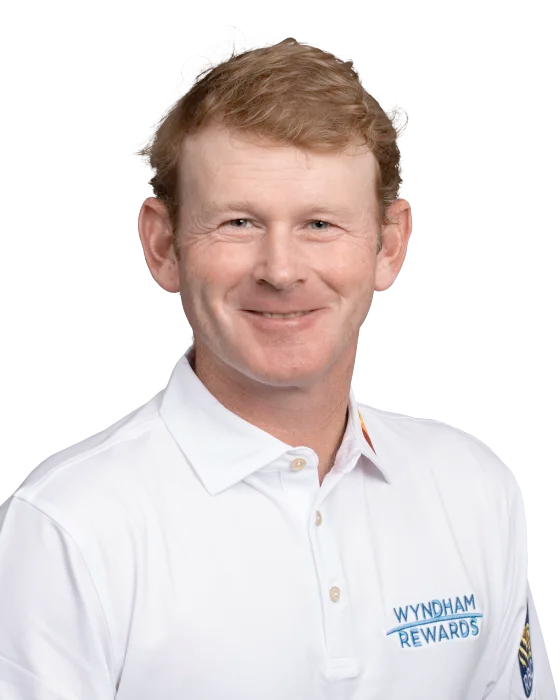 Brandt Snedeker is nine-time PGA Tour winner, the highlight of which being his win at the 2012 Tour Championship which landed him the $10 million FedEx Cup prize. In 2013 after his win at Pebble Beach he moved to career high of number 4 in the world. He turned professional in 2003 and won PGA Tour Rookie of the Year in 2007. He has been an extremely consistent performer on tour for over a decade and has one of the best short games around.

In 2018 he became the 10th player to shoot a sub-60 round with his 59 in the first round of the Wyndham Championship on the way to his most recent win on tour. Other events he as victories at include Pebble Beach pro-Am (twice), Farmers Insurance Open (twice), Canadian Open and the Heritage.

He has been working with coach Bradley Hughes (Brendon Todd's coach) in recent times and he will be hoping this results in better fortunes in 2021.

October 2020
Began the final round of the Sanderson Farms Championship one shot behind J.T. Poston, Sergio Garcia and Cameron Davis.  Shot a final round of 73, worst score of anyone in the top 35, to slip to 17th.

January 2020
Entered the final round 4 shots behind John Rahm at the Farmers Insurance Open and shot 68 to finish 3rd, 3 shots short of Mark Leishman who shot 65.

August 2019
Trailed by 2 shots to Patrick Reed after 54 holes at The Northern Trust Open, shooting 71 to finish in 6th place, 4 shots back of Reed.

October 2018
Took a 3 shot lead into the final round of the Safeway Open with scores of 66-65-69. Shot a final round 74 to tie with Kevin Tway and Ryan Moore (who started 7 shots behind Snedeker). Went on to lose the playoff to Kevin Tway.

August 2018
Opened with a 59 at the Wyndham Championship and led all the way to win by 7 shots in wire-to-wire fashion.

Summary
With 9 PGA Tour wins, Brandt has shown he has plenty of bottle over the years however his performance when leading the 2018 Safeway Open and when in contention at the 2020 Sanderson Farms Championship leaves some doubt. He is capable of shooting low numbers so may be best backed from off the pace.  Brandt's Golf Betting Club Pressure Performance Rating is set at 3 stars.

Needs to be on form
Over the past three calendar years Brandt has had eleven top 10 finishes.  Nine of those finishes have come when he has made the cut in his previous event.

He has never posted a Top 10 at the USPGA although he does have several Top 20's including 16th in 2019. Given Brandt's lack of length off the tee his best chance will probably come at future U.S. Opens

WGC's
He has never recorded a Top 5 finish at a WGC which is a poor record for a player of his quality. Avoid backing him future WGC's.

He won lost his next playoff at the 2016 Sony Open to Fabian Gomez who birdied the 3rd extra hole. Most recently he lost a three man playoff at the 2018 Safeway Open when he was eliminated with a par on the 1st hole.

Brandt also won two and lost one Korn Ferry Tour playoffs in 2006. There is currently no evidence either way to suggest backing or laying Snedeker in a playoff.