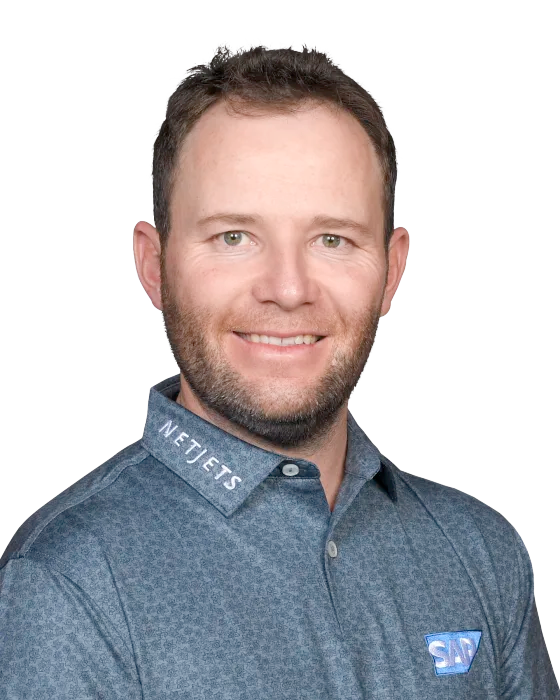 Branden Grace has 14 professional wins to his name with his most recent the Puerto Rico Open. He has won some prestigious events over the years; Qatar Masters (twice), Nedbank Golf Challenge, Volvo China Open, Alfred Dunhill Links Championship and his first PGA Tour title at the 2016 RBC Heritage.

Branden is an excellent wind player, famous for his low-ball flight which is ideal for a links test. Many of the venues he has had success are wind exposed and can be trusted when a similar test is the forecast.

After turning pro in 2007, he played a mixture of Challenge Tour and Sunshine Tour events until earning his European Tour card for 2009. However, it was 2012 where he made real progress, winning three times and becoming only the second player in European Tour history to win three times in the season after graduating from qualifying school.

Between 2014 and 2017 he went from strength to strength, amassing more titles and contending in majors. At the 2015 US Open, Grace held a share of the lead through 54 holes. On Sunday, he was in the penultimate group with eventual champion, Jordan Spieth and was still tied for the lead heading to the 16th hole, until he blocked his drive to the right and out of bounds, forcing him to re-tee and eventually leading to a double bogey to end his chances.

Branden now largely plays the majority of his golf in America after previously splitting his schedule between the PGA and European Tour.

February 2021
Several weeks after his father passed away Branden overcame a one shot deficit to win the Puerto Rico Open.  He finished eagle-birdie.

January 2020
Win at South African Open was a result of a final round 62 to win by 3 shots, after beginning the final round 3 shots behind Louis Oosthuizen.

December 2019
He was 3rd at the Alfred Dunhill Championship, starting 4 shots behind Pablo Larrazabal and shooting 73 to finish 2 shots behind. This was his first final round in the mix since January 2019 so could be forgiven for some ‘contention rust’.

February 2019
Phoenix Open, he began the final round 7 shots behind Rickie Fowler and shot 69 to finish 2nd, only 2 shots off a playoff. He actually had a putt to take the lead on the 13th that day so it was a tremendous effort to get so close.

November 2017
Won the Nedbank Golf Challenge was a result of a flawless final round 66 where he hit every GIR. Overcame a 3 shot lead by Scott Jamieson to win by 1 shot, having only taken the lead on the 16th hole.

Summary
Branden is usually quite a classy performer in the mix. Grace hasn’t got himself in contention many times in recent years but when he does, he is generally a high performer. Going forward, he can be backed with confidence in contention. His Golf Betting Club Pressure Performance Rating is set at 4 stars.

He has made thee Top-30 finishes at Augusta however never broken the Top-20.

Missed cut at the US Open in his only major start of 2020.

WGC Matchplay, 2019
“I grew up playing a lot of this match play format and things like that, and I really enjoy it. I wish there were more of these events in a year, even if there's just one more. But I think it's tricky around a golf course like this because it's elevated. There's a lot of wind.”

Pebble Beach, 2019
“Last year was my first time, I played really well, and I pretty much thought it suited me, all three courses.”

Waste Management, 2019
Q. Did you ever think on the 13th hole you would be putting for the lead?
“No, not at all. What was it? Was it a six-shot lead, five-shot at the end of the day yesterday. Obviously disappointed not to be the winner at the end of the day, but one bad shot cost me.”

Nedbank Challenge, 2017
Q. To shoot 66 on the final day and two great competitors in the final group, as well, must have been a particular challenge.
“It was tough. They played great. They were quite a bit in front of me, two and three shots starting the day. I knew I needed to stay patient, and I managed to do that.”

Q. You held your nerve at the end because the chasing pack put plenty of pressure, but that shot on 16 gave you a one-shot advantage.
“Yeah, you know, it was quite a different win for me. I think my previous wins that I've had, I've been in front and you kind of have to kind of protect your lead. I never had the lead once last year until the 16th in the final round, so that was pretty special.”