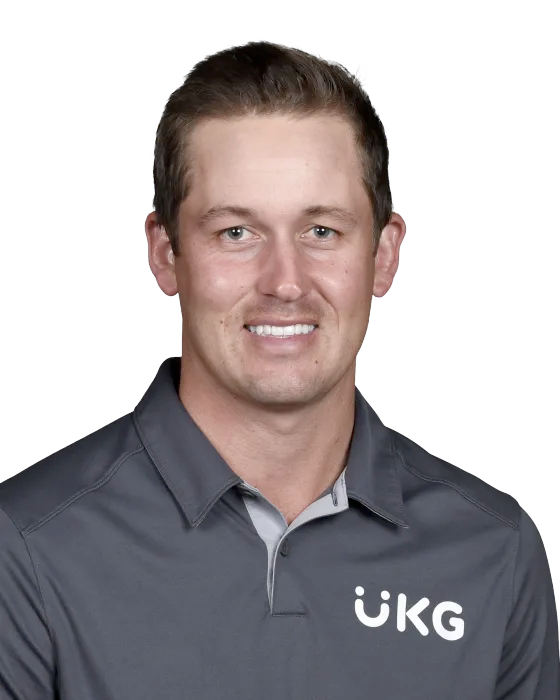 Andrew turned professional in 2011, playing his first year on the Korn Ferry Tour in 2013 where he finished 49th on the money list. He had his first Korn Ferry tour win in 2014 at the WNB Golf Classic, on the way to finishing 8th on the season tour, gaining him his PGA Tour card for the 2014-15 season. He found his first season on the PGA Tour tough however, missing 13 out of 23 cuts and returned to the KFT in 2016. After a steady year, he regained his PGA Tour card in 2017, winning the Panama Claro Championship on the way to another 8th place for the season.

Andrew won his sole PGA Tour title at the Barracuda Championship in 2018. It proved to be a good year in 2018 as Andrew also recorded a 2nd at St Jude Classic and a 4th at the WGC-HSBC Champions. He continued his ascent up the world rankings in 2019 with a 2nd at the Sony Open, 3rd at the Charles Schwab Challenge and a 4th at the Scottish Open on the European Tour.

Despite a memorable year off the course (see below), 2020 proved to be a year to forget on the course for Andrew as he only managed a solitary top 10 finish and missed 12 cuts (to give some context - he had missed 14 cuts in the previous three years combined!).

February 2021
Began the final round of the Puerto Rico Open two shots behind the leaders.  Shot a 69 to slip to remain 5th.

January 2019
At the Sony Open he began the final round two shots behind Matt Kuchar, closing with a 68 to maintain 2nd.

August 2018
For his victory at the Barracuda Championship, he led after 54 holes, scoring 9 points to finish 4 points ahead of Chad Campbell (stableford scoring system).

June 2018
Before his win at Barracuda at the FedEx St Jude Classic, he held a share of the 54-hole lead with Dustin Johnson, however Dustin outclassed him that day winning by 6 shots.

February 2017
He won the KFT Panama Claro Championship in 2017 via a playoff after taking a 1 shot lead into the final round.

​Summary
Andrew is generally pretty solid in contention, although he's only had a handful of PGA Tour events in the heat of the battle.  He said at Barracuda that he felt like he was one of the best players in the field which helped his confidence in the final round, so keep him onside in poor fields.  Andrew's Golf Betting Club Pressure Performance Rating is set to 4 stars.

Needs to be on form
Andrew’s last three Top-3 finishes on the PGA Tour all came after a Top-20 finish in his previous event so look out for him warming up nicely the week before.

Fast Finisher
Several of his Top-10 finishes have come after a strong final round from off the pace. He can be backed for R4 two balls.

Wind Expert
He performs well in the wind, as can be seen from strong finishes in Scotland, Hawaii, Texas and Puntacana.

Likes it tough
Andrew performs well at events which demand tough scoring, he enjoys firm and fast conditions as this negates his lack of power (see quote below from 2018 Barracuda Championship).

Major's
Putnam’s best ever major finish up until 2021 was 32nd at his Open Championship debut. If he is to contend at a major it is most likely to be The Open due to his preference for fast and firm conditions.

WGC's
He finished 4th on his WGC debut in 2018 at the HSBC Champions and his three efforts in 2019 were all moderate finishes. 2020 was disappointing but if his long game is in good shape, he could contend at another.

Andrew’s only playoff experience was his 2017 victory at the Panama Claro Championship, where he defeated Chris Baker on the 1st extra hole with a birdie with a 12 foot putt.

Northern Trust Open, 2019
Q. What's the biggest difference in the last year and a half to your previous times on the PGA TOUR?
“I would say overall my confidence level and my belief in myself. I did switch to hitting a cut instead of hitting a draw. I used to hit a draw through college. Was always fighting it and just felt like I needed to just let the ball do what it wanted to, and that's probably been the biggest change in my pattern.  I feel like it's a little easier to control under pressure. The way that I swing it, I felt that it just matches my body and grip and everything just a little bit better.  And then just not putting too much pressure on myself. Just trying to enjoy it a little more and not live and die on every shot.”

“Yeah, putting has always been my strength. If I can just get it on the green, I'll be doing pretty good. My driving has gotten better the last couple years which has been a big help, and my irons, so everything is looking pretty well.”

Charles Schwab Challenge, 2019
“Yeah, I feel like this course really fit my game really. I'm a pretty good putter and felt like I could start rolling it on my line on the weekend, and, yeah, played great.”

Sony Open, 2019
Q. So second for Andrew. I want to go back to the opening nine. You grabbed the lead. From that point on, what are you thinking through your game and through your mind?
“Yeah, I was feeling great. Hit some great shots and felt like the momentum was swinging towards my way. Yeah, I was looking forward to that back nine. Unfortunately, didn't work out for me. Kuch played great coming down the stretch. Made the putts he had to. Congrats to him.”

Q. As you analyse and look back on this day, can you pinpoint what was going on the back nine for you?
“Yeah, I just didn't execute on some of the shots I was hitting. Hit it in the rough on one those holes is a tough place to be. Just didn't make the putts I needed to and Kuch made three, four birdies coming down the stretch. I just couldn't keep up.”

Barracuda Championship, 2018
“I just felt like it's just natural for you to get more comfortable in that position. I felt I was one of the better players at this tournament at least playing some of the best golf out of all the guys here. So just knowing that and having that confidence, you know, allows you to believe in yourself and finish off the tournament.”

“Yeah, typically all the places I've won, on the Web.com Tour, the PGA TOUR, have been courses that have been firm, fast, couple-under wins. It got hard yesterday. The wind blew, and I felt like it played to my advantage. I'm good when the conditions are tough.”