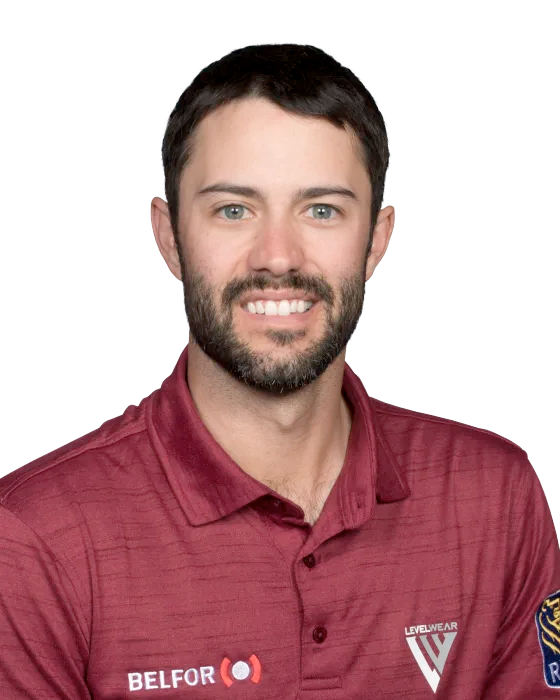 Adam's sole PGA Tour win came at the 2017 Valspar Championship. He is one of the few players on tour to have shot a 59, which came at La Quinta Country Club. He turned professional in 2009 and played a variety of tours in his early years to gain experience – the Canadian Tour, South African Sunshine Tour, and Korn Ferry Tour, before finally becoming a PGA Tour member in 2015 and hasn’t looked back since.

After enjoying success on the Canadian Tour in 2010 and 2011, Adam then enjoyed two steady seasons on the Korn Ferry Tour before playing his way onto the PGA Tour with two wins (Chile Classic and Chiquita Classic), a 2nd and a 3rd place in 21 Korn Ferry Tour starts in 2014.

Hadwin finished 95th and 85th in the FedExCup standing his first two seasons on the PGA Tour with several Top-10’s. However, it was 2017 where he showed his true potential, winning for the first time at Valspar on the way to a 26th place on the FedEx Cup season standings. He has since backed that up with a 36th place in 2018 and 52nd in 2019.

He earned two 2nd place finishes and two 4th place finishes in 2019. A quieter 2020 saw him only manage a solitary top 10 (4th at the Rocket Mortgage Classic) but he's very much a player who is knocking on the door for a second win on tour.

September 2019
Hadwin entered the final round of the Safeway Open 3 shots behind Cameron Champ, shooting a 67 to only miss out by 1.

January 2019
At the Desert Classic, he began the final round 2 shots behind Mickelson and shot a 67, only to lose out by 1 shot to an incredible round of 65 by Adam Long.

March 2017
Adam’s win at Valspar came after holding the 36 hole lead by 1 shot and tied for the lead after 54 holes. He went on to win by one shot. He entered the 16th hole with a two shot, found the water to make a double bogey then parred in. Patrick Cantlay bogied the last hole to give him the victory.

September 2014
Second win at the Chiquita Classic after being 1 shot off the pace after 54 holes, shooting 68 to win by 1 shots.

March 2014
His first Korn Ferry Tour victory at the Chile Classic came after he held the 54-hole lead, birdieing four the the final six holes to win by 1 shot.

Summary
Hadwin can be backed with confidence if near the top of the leaderboard, either leading or a few shots back. His Golf Betting Club Pressure performance Rating is set at 4 stars.

Goes best when fresh - Two of Hadwin's last three wins have come after at least a week off so he goes well when fresh.

Favourite tournament
Hadwin has a particularly impressive record at The American Express (formerly the Desert Classic) with a 6th, 3rd and two 2nd place finishes since 2016. It is also where he shot his 59

Major's
Hadwin is yet to post a Top-20 finish. His first two starts at The Masters were fairly successful finishing 36th and 24th which is impressive given the experience usually needed Augusta. However he missed the cut there in 2020. Adam needs to improve in fields of this level.

1-0. Adam has only ever been in one playoff way back in 2010 on the Canadian Tour where he defeated Richard lee to win the Desert Dunes Classic.

Players Championship, 2020 (Cancelled Event)
Q. Your long approach game from 175 to over 200 yards you're Top-5 on TOUR. There's a lot of those shots out here with the softer fairways, do you find yourself with a lot of those?

“Yes and no. The one thing with soft fairways is you just hit more club off the tee. That's the biggest thing. So I wouldn't necessarily say that the approach distance changes anything here, holes you might have hit 3-wood or iron to run it up there you just hit driver.”

Shriners Hospital Classic, 2019
Q. Two good weeks back-to-back. You got to be feeling pretty good about your golf game.

“Yeah, no, absolutely. Some of the best I've hit it in years now, so to put two good weeks back to back, made some nice putts today. Basically hit almost every line off the tee and into the green.”

“I ended last season feeling still pretty fresh, so having a month off I felt really fresh and I was excited to get back into it. Did some good work in the off-season.”

Desert Classic, 2019
Q. Just a tough finish. You certainly played well enough to win the birdie just dried up after the 11th it seemed.
“Yeah, it's golf. I made a bunch of putts all week and then honestly I was kind of battling it a little bit swing wise, didn't quite have it like I did the first three days.”

“Oh, yeah, of course. I'm a leaderboard watcher Thursday morning first hole, so it's just one of those things that my gaze naturally goes there, I knew it was a big putt, I could go 4-up, I hit a good putt, it just didn't break.”

Q. Do you feel more pressure with all the Canadians in the crowd there?
“Certainly a little bit, yeah, for sure. It's like playing back in Canada, to be honest with you. Canadian Open, there's always that added pressure. You want to win in front of them.”

Valspar Championship, 2017
Q. You said you're never quite sure when your victory is going to come, but was there any time during the back nine that your lead is dwindling that you thought this might not be your time?
No. It never dawned on me that this would be my time or that it wouldn't be my time. There was no looking ahead. I really was so patient and just so focused on hitting good quality golf shots, and you know, I had the lead. He had to come get me. So whether it's one, two or four; he kept coming and he kept making some putts.

At that point, I don't want to say that it was just about outlasting him, but it was -- the focus was just hitting quality golf shots and putting the pressure on him. Not letting him back in the tournament by doing silly things, and then I went ahead and hit in the water on 16.

You know, I had to quickly refocus. After dropping, I didn't have the easiest of third shots going up through there. You know, who knows what could happen. I did a really good job of getting back into a good mind-set, and it helped me to sit here with you all today.”

“I had fun. I relished the moments and I really enjoyed it out there. You know, minus one bad shot on 16, it was a lot of fun out there today.”