Which golfers have the Nappy Factor in 2023? 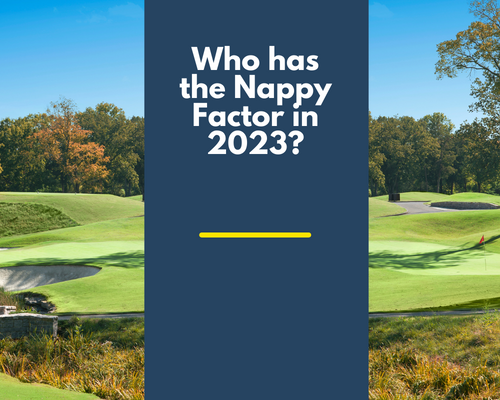 If you've read our Player Profiles, you'll know we believe in the positive effects a new baby can have on a golfer.  The Nappy Factor was a term coined by renowned golf writer, Keith Elliott, in is books in the late 1990's and it set out the belief that new, or expectant fathers often improve their level of performance. With that in mind, here are the players we've found who have become a father in the past few months:

Mackenzie Hughes
Hughes welcomed his third child into the world on 2nd December.

Trey Mullinax
Trey also became a father for the third time with the arrival of baby River.  River was born on the 17th December.

Stephan Jaeger
Stephen and his wife Shelby became parents at the start of December.

Roger Sloan
Roger and his partner had their third child at the end of December.

Bo Hoag
Became a father to Stella back on 5th October.

Thomas Pieters
Thomas welcomed a baby girl into the world on the 18th November.

Taylor Pendrith
Became a dad for the first time on 31st October.

Justin Lower
Justin became a father to Ariana on the 20th December.  This is his first child.

Justin Harding
Harding and his partner had a baby girl on 1st November.

Players who are due to become a father in early 2023:

Austin Smotherman
No date given on Austin's social media profiles but the new arrival appears to e due in the next few months.

Carlos Ortiz
No date either for Ortiz to become a father again but his wife, Hayley, is expected to give birth in the next few months.

Joel Dahmen
Announced his partner was pregnant in July 2022, baby Dahmen should be with us shortly.

Byeong Hun An
Benny An will become a father for the 2nd time early in 2023.

Know of any other players who have had a baby in the last three months or are due to become a parent?  Drop us a message on Twitter or contact us here.