The impact of a significant birthday 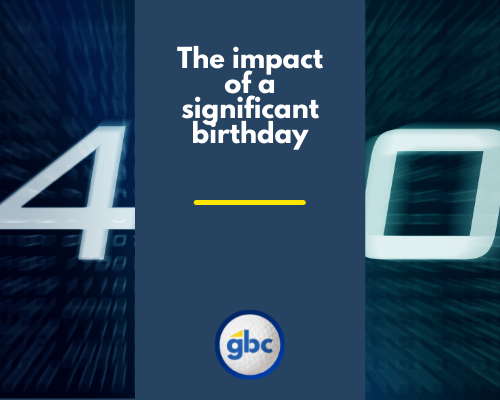 Growing older gives us all time to reflect on our lives and each passing birthday generates the question, "have I achieved what I should have?"

Landmark birthdays are often a particular time for reflection. Goals change, priorities differ and a sense of self-awareness develops that perhaps wasn't there in younger years.

In the late 1990's, Keith Elliott, in his excellent Elliott's Golf Form book, was a particular advocate of birthdays improving performance. We're firm believers too, and as bettors it's often worth noting who has a significant birthday coming up in the year ahead.

Let's first take a look at golfers who celebrated a significant birthday in 2021 and how they fared.

It would be remiss of us not to start with the man who captured his sixth Major at the ripe old age of 50.  Phil Mickelson's win at the USPGA Championship in May was a reminder that age is no barrier to success.

Abraham Ancer turned 30 in February 2021 and went on to enjoy his best ever year on the PGA Tour. A win and seven further top 10 finishes took him to the fringes of the world's top 10.

Like Ancer, Talor Gooch turned 30 this year and has enjoyed a career best year. The American won the RSM Classic in November, exactly one week after he'd reached the landmark birthday. Gooch also welcomed his first child into the world shortly before his win. It's annoying we weren't on him for his win!

Another who won the month of his 30th birthday was Daniel van Tonder. The South African secured his first win on the European Tour in March. Interestingly, van Tonder won four times on the Sunshine Tour in the six months leading up to that win at the Kenya Open, a level of performance he'd never attained before.

Daniel Gavins also entered the winners enclosure in 2021.  The young Englishamn put in a storming finish to claim the ISPS Handa World Invitational in July, a mere four months after he reached the age of 30.

Back to the PGA Tour and KH Lee won the AT&T Byron Nelson in May before turning 30 in August. He too had a career year, having narrowly missed out on winning the Phoenix Open in February.

Some of the most pleasing performances in 2021 were golfers who arrested slumps in form in the year of a significant birthday. Lucas Bjerregaard showed signs of life, as did Nick Watney. Padraig Harrington even recorded his best year for a long time having turned 50 this past August.

So, who celebrates a significant birthday in 2022?

A number of PGA Tour players will hope to win for the first time on that Tour. Patrick Rodgers, Alex Noren and Kramer Hickok are just three who turn 30 this coming year.

Thomas Pieters turns 30 in January 2022 and having won in Portugal at the start of November, it wouldn't be a surprise to see him kick on in 2022.

There are also a number of players who have graduated to the European Tour in 2022 from the Challenge Tour and who have landmark birthdays in 2022. Julien Bun, Niklas Norgaard Moller and Alfredo Garcia Herdia will all celebrate a birthday with a zero in it this coming year.

At the top end of the game, Hideki Matsuyama, Patrick Cantlay and Corey Conners will aim to build on successful years.  However, the most interesting questions are perhaps in relation to Louis Oosthuizen and Francesco Molinari.  Will Molinari rediscover the form that made him such a force in 2018?  Will Oosthuizen finally win that 2nd Major?

Only time will tell but we wouldn't back against either.