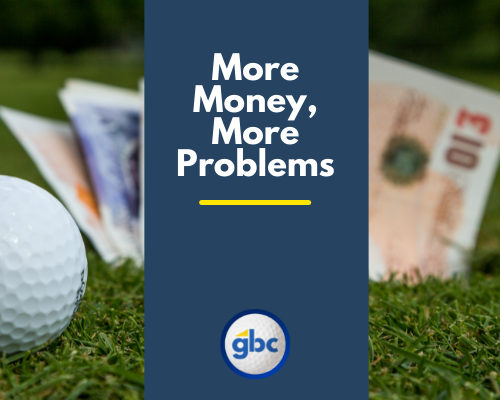 "You know, how can I say it; the end of the year you've got the wheelbarrow out, too. You want to cash in a little bit. It just happened this tournament is the same week. It's unfortunate."  Ernie Els, 2007.

Rewind the 14 years and Ernie Els is leading the European Tour's Order of Merit going into the final tournament of the season, the Volvo Masters.  The same week as the European Tour is hosting its season ending showpiece, the Asian Tour has scheduled the Singapore Open.  Ernie decides to skip the trip to Valderrama and instead gets his "wheelbarrow out".

Widespread criticism of the Tour ensued. How could the Tour have scheduled its season ending showpiece against a lucrative Asian Tour event?  Lee Westwood even went as far as to accuse the European Tour of "mismanagement".

Any of this sound familiar?

Supporters of the Tour will argue it has increased prize funds and made sure the event doesn't clash with any other big events.  What more can they do?

Probably not much from a financial point of view.  They've chased the star names and offered them everything they could wish for.

But in doing so the season-ending event has become nothing more than a glorified Singapore Open.  Yes, some top PGA Tour players come over to compete but do any of us really believe it has always been their dream to win the Race To Dubai?  Do any of them really care about the European Tour?

Quite simply, the Tour has devalued its regular events to such an extent that they've left behind the players who tee it up every week.  The points difference between European Tour events and Majors, WGCs and Rolex tournaments is just too great.

The top 10 in the Race to Dubai rankings this year are all undeniably world class, yet only three have teed it up more than six times in actual European Tour events this season.  What is the point of having a season-long Race to Dubai when the most likely winners don't even play most of the season on the European Tour?

This year's DP World Tour Championship has a prize purse of $9m and yet it's nothing more than a slightly more meaningful Singapore Open.  It doesn't showcase the best the European Tour has to offer, it merely gives those who've had a good year in the WGC's and Majors one last chance to top up their wheelbarrow.