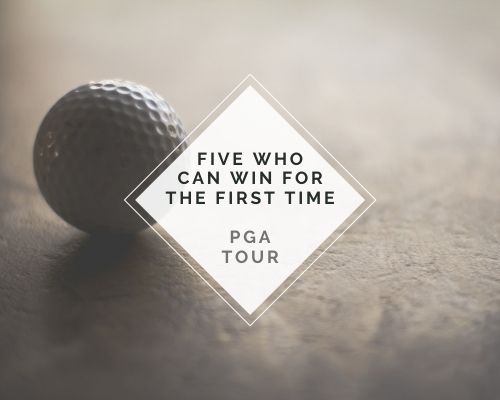 You would struggle find a much more consistent performer last year than Zalatoris and the only surprise was that he only won only once on the Korn Ferry Tour (at the TPC Colorado Championship). He accumulated another twelve top 10's, including two on the PGA Tour at Shriners and Corales.

Impressive as his form was on the Korn Ferry and PGA Tours, it was his 6th place finish in the US Open at Winged Foot which was particularly eye catching. It was a performance which showed that Will feels comfortable in elite company and that he could transfer his Korn Ferry Tour form to the highest level. If he can cope with the demands of one golf's toughest tests, he should have plenty of opportunities to challenge for his first title next year.

There is an air of confidence about the way Will conducts himself and the stats back it up. In the first five events of the new season, he has performed highly in key ball striking areas - 13th off the tee, 7th approaching the green and 10th tee to green. There is plenty of room for improvement on the putting surface (Note - he was a terrible putter before switching to an arm lock putter) but it's more than likely he will have a couple of hot weeks on the greens where he can put it all together.

Matthew can consider his first year in the PGA Tour as a success, rising from 279th to 181st in the world rankings. The boy from North Augusta who has been attending the Masters every year since the age of 8, will be seeking to improve on a steady season and gain a PGA Tour victory to take him one step closer to achieving his dream of playing the Masters.

A solid record of thirteen cuts made out of 23, combined with five top 25 finishes will give him great confidence and he has started the new season with a spring in his step as well. A 17th at Sanderson Farms Championship, 8th at the Shriners and a 15th at RSM shows he is improving all the time and ball striking stats back it up too - he ranks in the top 30 off the tee and approach play.

If he is to win, it may well come at the Harbour Town Golf Links which hosts the RBC Heritage. In March 2018, Matthew proposed to his wife Abigail on the 18th green so the place holds special memories for him. Three rounds of 67 or better were thwarted by a 3rd round 73 in 2020 but he should be a better player for the 2021 edition.

Sam only turned pro in 2017 but by the end of 2018 he was already ranked 126th in the world. A win on his fifth start at the Savannah Golf Championship immediately demonstrated his talent and three additional top 3 performances led to him finishing 2nd on the KFT money list.

It didn't take him long to adjust to life on the PGA Tour with a 3rd place on his 2nd start of the 2018-19 season at the Sandersons Farm Championship. He bagged two more top 10's at the 3M Open and RBC Heritage. Funnily enough, he also got engaged to his girlfriend Caroline at Hilton Head on the Friday night of the tournament week!

We really started to see Sam at the top leaderboards last season. He held a two shot lead after the second round of the Safeway Open before finishing 7th and it was a similar story at the Vivint Houston Open, where he led after three rounds but  could only manage a 7th place finish.

It is reasonable to think Sam would have learnt a great deal from these two disappointments and will start to feel more comfortable in contention the more he puts himself in with a chance. He is a powerful driver of the ball who has decent touch on the greens which is a strong combination for many courses on the PGA Tour.

The big hitter from Denver, Colorado also turned pro in 2017 and has followed a similar career path to Sam Burns. A 2nd and 3rd on the Korn Ferry Tour gained him his PGA Tour card for 2018/19 and it didn't take him long to find his feet either, taking the 3rd round lead at the Honda Classic before finishing 7th. A 5th at the 3M Open consolidated a successful first year on tour where he finished 64th on the FedEx Cup.

Last season was a bit more hit or miss with Wyndham but you get the feeling that is what you are going to get with his style of play. His big chance came at the Bermuda Championship in November and his downfall was Golf Betting Club's gain as we landed a 100/1 in-play bet on Brian Gay. Wyndham looked for all the world he was going to win and it took a remarkable back 9 by Brian Gay to stop him. It was noted as an extremely competent final round under pressure and we expect him to go one better in 2021.

The final spot was a toss up between Talor and Doc Redman, and it would be no surprise to see either win in 2021. Talor slightly edges it for us as he has that winning experience on Korn Ferry Tour in 2017 which could help him get over the line first.

The Oklahoma State University graduate has been on the PGA tour since 2018 but broke into the world's top 100 for the first time at the end of 2020 with finishes of 4th in Houston and 5th at the CJ Cup. He also recorded a 5th in Houston in 2019, as well as a 4th at the Desert Classic which he followed with a 3rd at the Farmers Insurance.

Last year saw him gain experience of holding first and second round leads and he should be able to draw on these memories the next few times he is in contention. He is a player who is comfortable in high strength fields and we fancy Talor to finally get the job done in 2021.