Do the best Ryder Cup players make the best captains? 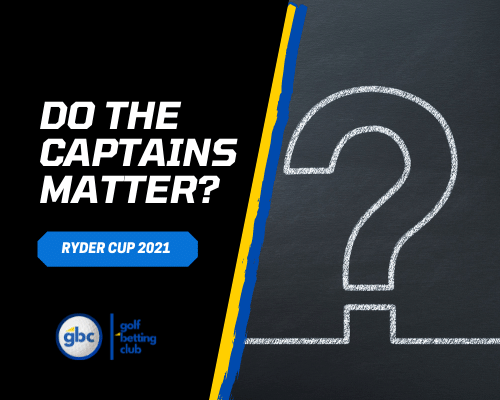 We'll say from the outset, being a Ryder Cup captain is hard.  Win and you're a hero.  Lose and every decision you made will be critiqued by an army of keyboard warriors. You are solely judged on the outcome of the match.

There's no room for sentiment here.  Tom Watson, an American golfing icon, was rounded upon by his own players following defeat in 2014.  Nick Faldo, one of Europe's best ever Ryder Cup players, was universally condemned after losing in 2008.

Team selection, pairings, course set up, man management and motivation, it's all down to you.  Two years (three in this case) of build-up all funnelled into three days of action and your legacy relies on bringing a 17 inch gold trophy home with you.

Faldo aside, successful European captains have been tended to be players who have had a strong Ryder Cup record.

Langer and Olazabal, two of the greatest Ryder Cup players ever, guided Europe to famous victories on US soil. Langer’s team thrashed the US 18½-9½ at Oakland Hills in 2004, and Olazabal masterminded the Miracle at Medinah in 2012 as Europe came from behind to win 14½ -13½.

Of the 10 captains to have won the Ryder Cup for Europe, seven possessed a points percentage of at least 50 per cent, and eight had won at least 10 points over the course of their playing careers.

So how does this European captain compare?

Padraig Harrington was a big part of the European team at the start of the decade, making six appearances and winning the Cup on four occasions. While he was part of some successful teams, Harrington’s personal record was just 9-13-3, including 3-3-0 in the singles, picking up 10.5 points across 25 total matches.

He has crossed the 10 point threshold but his win percentage of 42% means he falls short of the 50% figure that has been an indicator for previous successful European captains.

His counterpart, Steve Stricker made just three Ryder Cup appearances as a player. He was a part of a winning USA team at Valhalla in 2008, but then lost at Celtic Manor in 2010 and at Medinah in 2012.

Stricker’s playing record in the competition is also the worst of any US captain since Crenshaw in 1999. In 11 matches, Stricker picked up just 3½ points with a 3-7-1 record, including 1-2 in the singles.

However, Stricker can take heart from the fact that successful USA captains haven't always had the best playing records.  The aforementioned Betway blog suggests that past Ryder Cup playing success has little bearing on how effective you are as a captain.

There's nothing to separate Harrington and Stricker when it comes to experience of being vice-captains at past Ryder Cups.  Both have been vice-captain three times and both have tasted victory and defeat.

Stricker does edge Harrington for past captaincy experience, having successfully captained the US team at the 2017 Presidents Cup.  The thumping 19-11 win was the largest margin of victory for the USA since the 2000 Presidents Cup.  Crucially, Stricker has five of those players on his team this week and he'll know exactly how to manage them.

It's also notable that Stricker was part of the 2014 Task Force, created to try and rectify the alarming performances which had led to six defeats in seven matches between 2002 and 2014.  He's the man Tiger Woods came to for putting advice during his career.  In short, he's a hugely respected figure within American golf.

One point worth emphasisng is the Captain's picks.  Unlike past captains, Stricker has had six wildcard picks this year.  Should those wildcards not perform, questions will be asked.