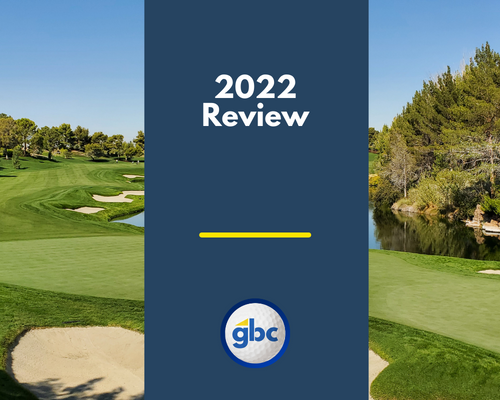 "It was a game of two halves."  Those of you who are familiar with football (or soccer to our North American friends) will have heard this phrase countless times.  Indeed, you probably heard it more than once if you watched the World Cup in Qatar this past month.

A game of two halves was definitely what 2022 turned out to be.  Aside from a Harold Varner III win at the Saudi International, results were fairly rocky until the end of June.  Matthew Jordan's innocuous lost ball after bouncing off a rock when leading the Qatar Masters at 80/1 felt symbolic of the period.  Thankfully a Summer/Autumn surge in results brought us back into the green.  It would have been even greener had Gavin Green converted the Czech Masters when trading at odds of 2/5, but who is bitter! You can see the full year in our Tipping Record.

Having had time to reflect upon the past year and what went wrong in that opening six months, I think it's fair to say we tried to do too much too quickly.  Having launched Golf Betting Club in June 2020, we had provided tips on the website and that had been our sole focus until January 2021.

In the opening months of 2021 we launched our own golf show/podcast, The Closing Stretch, with Diane Knox Balas.  Designed to be a look at the final round of the PGA Tour each week, it was a really enjoyable experience and we couldn't have asked for a better person to work with than Diane.  In addition to The Closing Stretch, we also became involved with a weekly Bet Rivers golf show, Fore The Win, and started making guest appearances on other podcasts/shows.  At the time, all were great ideas and we were particularly excited about The Closing Stretch as nobody else was making a show like that.

Ultimately we're in a results based business though and our time was being stretched too thinly.  A decision was made to stop recording The Closing Stretch and appearing on shows other than Fore The Win.  Returning our focus to the task at hand proved to be the correct decision as results picked up and we were back in the green by September.

Whilst we acknowledge the headline profit figure at the top of this article isn't where we want it to be, it's also enormously pleasing to say we were able to turn around a 224pt deficit at the end of June.  That said, we've set ourselves high standards since launching in June 2020 and our aim is to return to those levels in 2023.

The end of the year is probably a good time to reflect on how we've performed since setting up Golf Betting Club in June 2020.  We're almost 30 months into the journey and since launch we are up over 623 points.  That's a very healthy ROI of 19%.  Remember, those figures don't include any of the Six To Watch winners (275/1 Martin Laird, 66/1 Romain Langasque, 40/1 John Catlin, 33/1 Robert MacIntyre etc) we gave away in 2020 as these were not staked bets.

Off the course we've seen significant changes in 2022 as well.  We've once again worked hard on upgrading our website to improve overall usability and we're now fully set up to cover all the LIV Golf events in 2023.

The other big change is that we're no longer working with any third parties.  From 2023 onwards, tips will come directly from us and our subscribers-only Telegram group.

Don't forget, if you'd like to subscribe for our 2023 tips, you can do so here.  One of the changes you'll notice next year is that in-play tips will only be available to subscribers.  In-play blogs will remain free for all but the tips themselves are only available to silver and gold members.

We hope you have a Merry Christmas and a Happy New Year when it comes!


Have a look at other other blogs HERE.